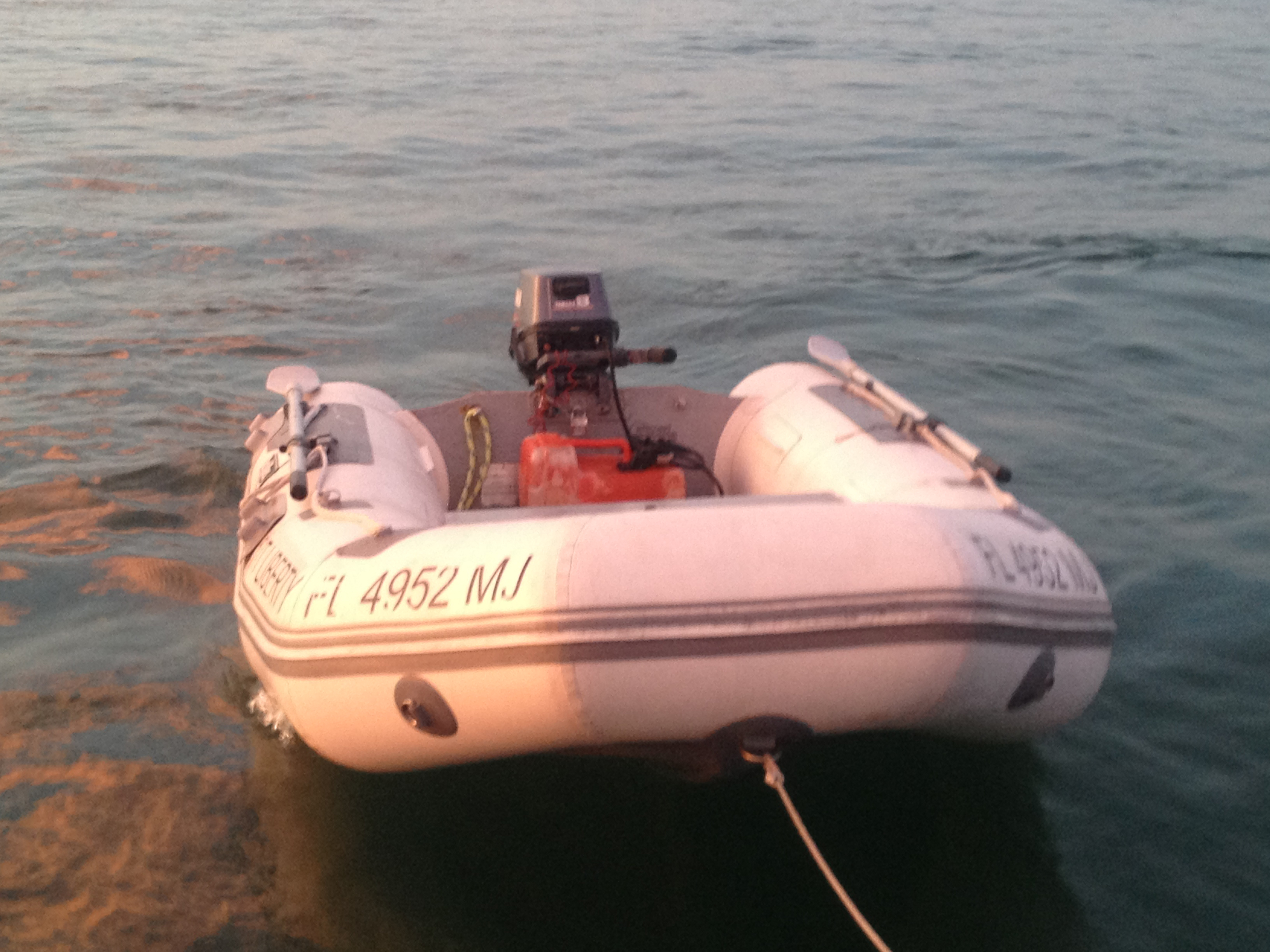 Tanya and I spent much of the day at West Marine, pursuing a new hobby we call “spending copious amounts of money.” (We plan to adopt a replacement hobby soon, which we’ll call “being frugal.”)

Among other things, we bought about 220 feet of good quality rope for dock lines (it’s never “rope” after it assumes its new nautical purpose; it must be referred to as a “line,” or you may be taunted mercilessly), about 85 feet of 3/8″ BB anchor chain (which is quite heavy, I can assure you), and a 35 pound Delta anchor.

We had three Danforth anchors from Lake Lanier, but only one was really suitable for “salty” use—two being undersized and one of those two rusted and bent. The Delta is reportedly good for holding in sandy bottoms and anchorages where the Danforth anchor may not be as effective; so now we should have two good alternatives, which can also be deployed in tandem if need be.

Incidentally… Cost of galvanized steel Delta anchor: $279.99. Cost of stainless steel version: $1,359.99. Guess which one I bought? As much as I’d love to have the bright, shiny version, I can’t begin to fathom spending that kind of dough on an anchor. I could get another dinghy and outboard for that…!

After all that money-spending, we headed back to Jacie Sails and worked for a while stashing these new items, and some of the old ones.

This activity eventually worked up a fair hunger and thirst. Tanya and I discussed driving somewhere (like The Chattaway, one of our “off campus” favorites), and the possibility of actually taking the dinghy over to Gulfport, maybe a mile or two by water. It was getting close to sundown, but we had yet to even try lowering the “dink” from the davits on the stern where it had hung since it was delivered to Salt Creek.

After dithering a few minutes, something clicked. Or perhaps snapped.

“Screw it, let’s go,” I said (or something similar). You only live once, right? I threw the red five gallon gas tank into the dink, jerked the lines holding her out of their cam cleats, and lowered away until she floated on the calm marina water just astern of the boat. (Note to self: gloves are helpful when doing things like this. I know that’s not all “sailorly,” but I also find ’em useful when handling jib sheets all day. Call me a wuss if you want—but on the other hand, I can lift a container full of 85 feet of 3/8″ galvanized BBB chain without terrible fuss, so maybe you should not call me a wuss. Just sayin’.)

Tanya and I did the limbo under the solar panel, climbed down the stern ladder, and hopped into our “new used” dinghy. The outboard motor fired right up in a most gratifying manner, and we tooled out of the marina like two very proud parents. Off to a new adventure in the gathering night.

Without life jackets. Or a light for the dinghy. Or an “audio signaling device.” Oops. (Fear not! I have since made a habit of including these things…)

Now, in fairness, we planned to hug the shore of Boca Ciega Bay, in water pretty much too shallow for sailboats or really anything other than kayaks or rafts. Therein lies the rub—but probably not along the lines you’re thinking.

Halfway between the marina and the Gulfport waterfront, the outboard started sputtering. “Uh oh,” I thought. “I bet we’ve snagged a lobster buoy or some kind of line in this shallow water. Or maybe there’s water in the fuel line. Or something.” I put the outboard in neutral; and pulled the lanyard to kill the motor, just in case. Then I reached down into the dark water towards the propeller and found…

One might assume that with our tiny draft, we could certainly stay a couple of hundred yards from shore and be fine.

But one would be wrong if one were to assume such a thing. We hadn’t snagged something in the prop. We had run aground! The prop was trying to claw its way through the sand and silt that lined the bottom of this part of the bay. Good thing it wasn’t rock, or coral, or a herd of slumbering manatees or something.

After discovering my error, I had to grab the oars and row us out of the shallows before we could entertain the idea of using the outboard motor again. Tanya was…how shall we say?…laughing her ass off. We were so shallow that for the first fifty yards or so, I was actually using the oars not to row, but to lever us forward by digging them into the muddy bottom just a few inches below us. (It was probably at this point that I cracked one of the plastic oarlocks in which the oars pivot during rowing—since repaired with duct tape.)

Finally, we escaped the shallows and were able to get back to motoring towards dinner—and Tanya was finally able to breathe again between subsiding guffaws. I’m pleased to say we successfully made our way over to the Gulfport Casino dinghy dock, tied up and exited the dinghy without major embarassment, grabbed some well-deserved food and drink at O’Maddy’s overlooking the bay, and headed back to Jacie Sails without incident…this time keeping a much healthier distance from the invisible underwater point.