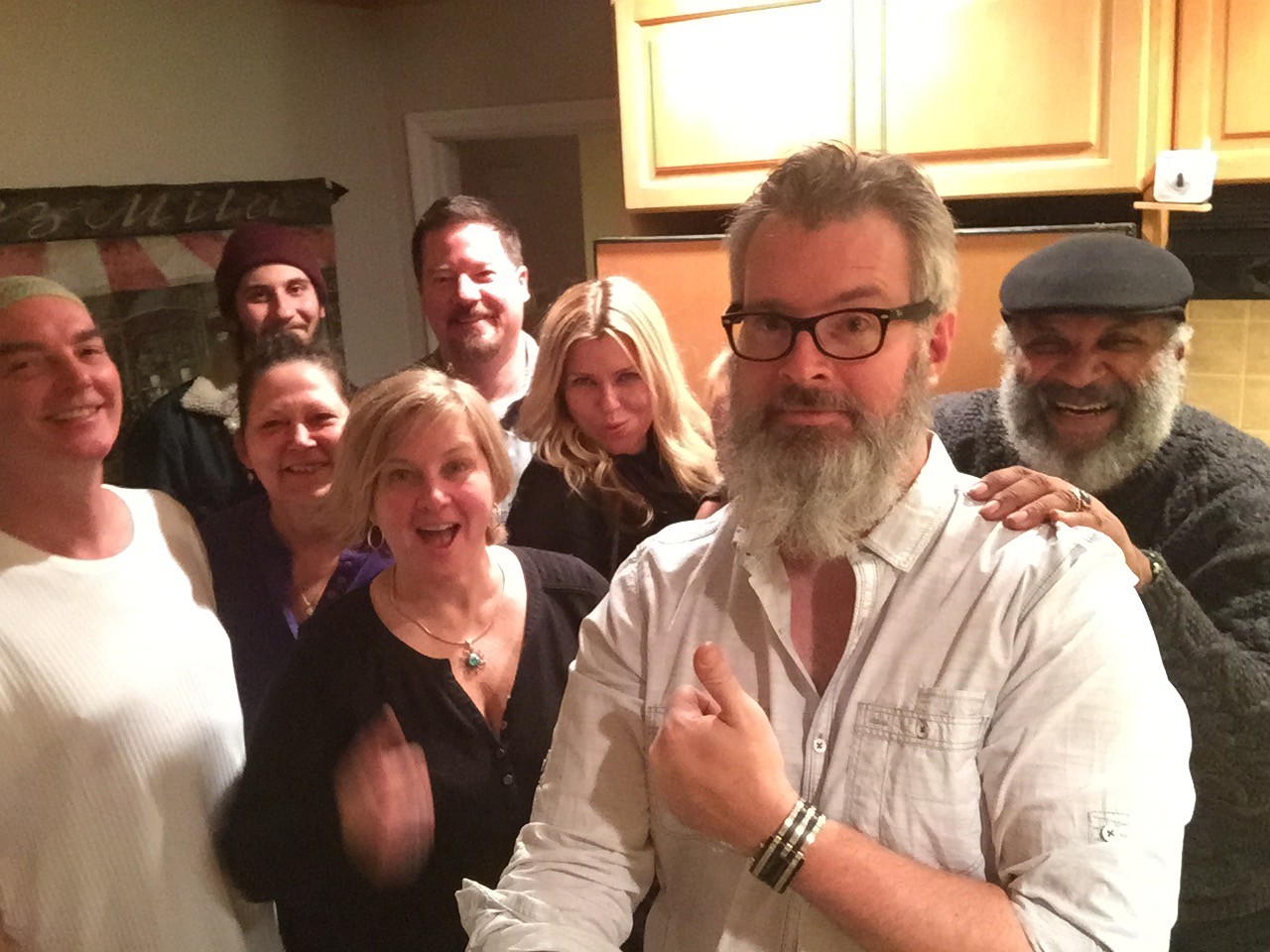 We had a little renegade GRAMMY® viewing party last night at our place. I could name some of the attendees, but of course I’d have to kill you. (But you might recognize some of them in the picture. And I can confirm that Timothy P. Green was among them.)

My MyFItnessPal app says I had five beers, which is strange, because I feel like I drank a gallon of ether this morning. Perhaps my tolerance is down what with this new diet and all. Sadly, I missed my 0600 wakeup today, which breaks a streak of 6 days.

Speaking of podcasts…back to The Red Room for me! ¡Hasta pronto!